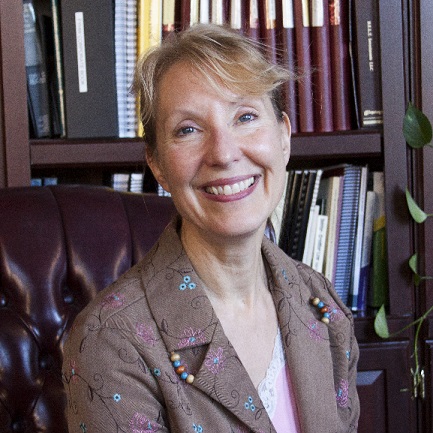 Passionate about issues of law and justice, Laura Knoerr is the Administrative Director and Marketing Assistant for DregerLaw.

Prior to joining Dregerlaw, Ms. Knoerr served as Artistic Director for the Hidden Talent Theatre Company. In her own business, she worked in various capacities on video and photographic projects.  She has won recognition for documentary-making and on-camera acting from the Iowa Film Commission.

Ms. Knoerr has authored several technology articles as well as an acting textbook and has reported on local government issues. One of her screenplays, “The Trick Rider,” was optioned. She continues to pursue her passion for writing by working on several long form fictional works.

As Chairman of the Sustainability Commission for the City of Elgin IL, Ms. Knoerr is committed to furthering sustainability practices and supporting new projects to further that goal in her community.

Ms. Knoerr holds a Bachelor of Fine Arts degree in Communication Arts from Pacific Lutheran University in Tacoma, Washington.  She has taken post-graduate courses at DePaul University and Columbia College in Chicago.  She has also studied acting at the Seattle Repertory Theatre, as well as Actors’ Studio and Act One Studios in Chicago.