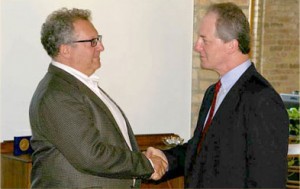 As business owners, the focus is on running the business amid constant new challenges, opportunities and decisions. The commercial world is often unforgiving and while businesses never plan to make mistakes, they happen. Although quite unfortunate, the modern trend of the business community is to aggressively launch allegations and investigations that ultimately may result in all parties becoming embroiled in costly and potentially crippling civil litigation.

DregerLawSM is acutely aware that such disputes create an immediate need for skilled intervention to manage the liability exposure and secure a swift and favorable resolution. For nearly two decades, the professionals at DregerLaw have provided their clients with highly trained, highly experienced legal counsel who understand the significant value of strategically sound front-end negotiations, so as to avoid protracted lawsuits and the inevitably adverse impact such controversies impose on valuable client resources.

Each dispute that arises is carefully evaluated to accurately assess the nature and extent of the rights and obligations of the parties and to calculate the likelihood of success of the client at trial. DregerLaw then departs from the standard lock-step procedures followed by the court system and initiates effective and innovative tactics to sidestep the routine litigation protocols and compel the parties to seek often immediate alternative resolutions. Whether through the use of structured settlement conferences moderated by judges or a lethally aggressive dispositive motion practice, the members of the DregerLaw Dispute Resolution team, identify and exploit the pressure points of the opposition.

The dispute resolution history of DregerLaw stands alone in its testimonial that the key to securing highly favorable results for its clients, is to never lose sight of the objective of early resolution. Being adamant about prevailing at trial must yield to a common-sense recognition that the cost and uncertainty of litigation is never justified by even the most favorable of possible verdicts. As such, the DregerLaw Dispute Resolution team remains tenacious in its commitment to truncated litigation and the value of negotiating an astute early-stage resolution of the dispute on terms that are highly favorable to its clients.