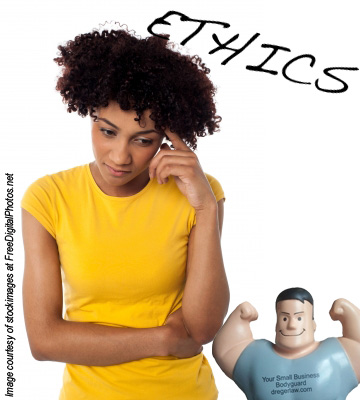 I’d like to discuss the Illinois Governmental Ethics Act and the State Officials and Employees Ethics Act in greater detail. Both acts are designed to ensure the continued ethical conduct and accountability of government employees.

Therefore, all Illinois residents with roles that relate to the government in some way must be aware of these statutes and should govern their job performance accordingly. Naturally, that can pose a real challenge if you don’t have a firm grasp on the meaning of these acts. That’s why I feel it’s so important to outline the major points to you now.

In its most fundamental form, this Act is meant to ensure ethical standards and disclosure of any economic interests that occur within Illinois government. For this reason, the Act lays out rules of behavior for every type of government worker. From a ban on lobbying to restrictions on non-salary compensation, it is clear that government employees must follow strict financial rules.

These laws also feature a precise code of conduct, for example: 1) prevent public officials from assessing excess service fees for services rendered in the private sector; (2) limit the representation that a state official may make before a state agency or commission; and (3) prohibit certain conduct that could appear to be a conflict of interest.

Furthermore, every government official (as well as certain state university faculty and trustees) must disclose any economic interests in the form of written statements. This annual ritual is supposed to reveal any conflicts of interest between a public official’s government job and personal finances.

Like the Illinois Governmental Ethics Act, the State Officials and Employees Ethics Act contains many similar rules. However, this act goes into more detail about the prohibited political activities and contains an express Gift Ban Section.

In short, this particular act concentrates on the behavior of general employees, whereas the Illinois Governmental Ethics Act has a greater focus on legislators. However, this does not mean presents, bribes or other economic perks are not addressed. Indeed, there is a strict gift ban in Article 10 that outlines proper etiquette for the solicitation or acceptance of any favor that could violate the SOEE Act.

In addition, the SOEE Act provides protection for whistle blowers. It states that any kind of state employee cannot be retaliated against after bringing an unethical/illegal activity or practice to the attention of a supervisor.