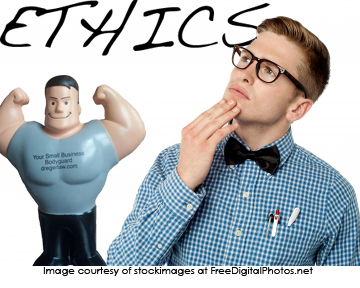 While you may be aware that anyone who holds a position within the Illinois government is subject to ethical standards, you might think this responsibility only applies to senators, representatives and other political workers.

Yet the reality is that local government officers, state employees, school board/commission members and Illinois government candidates are governed by the Illinois ethics laws.

Therefore, in this blog, I’d like to provide you with an overview so that those of you who are local government employees, or school board members or park district workers, or, just interested taxpayers, can become more familiar with this complex structure and its real world application.

The word “ethics” is defined as “the philosophical study of moral values and rules.” But this kind of definition is vague and hard to comprehend, especially when used in such a general way. So, to better understand ethics, it’s essential to realize that these laws are based on ensuring what is best for the individual and for society. When narrowed down even further, ethics actually defines a moral structure within which people, companies and governments are supposed to act and communicate with each other.  For purposes of this blog, I will focus on the ethics laws applicable to government and its elected officials and employees.

The Illinois General Assembly recently revised the ethics structure of Illinois government. These changes were made in order to make sure all public officers and employees are accountable to the highest ethical standards. In addition, the modifications were designed to create transparency at all levels within this governmental framework. Consequently, the practices have been tightened to prevent any abuses that could compromise the government’s performance of its legal obligations to the public.

But the new ethical mandates are not fully known or even understood by those required to apply them on a regular basis. Fortunately, the Illinois Governmental Ethics Act and the State Officials and Employees Ethics Act contain a majority of the information you need to be aware of concerning these new ethical policies.

For the most part, the statutes are quite detailed and concentrate on the state’s legislative and executive branches. Yet it should be noted that each mandate also applies to local governments, school boards, park districts and commissions. This means that each of those entities is responsible for developing local ordinances or resolutions that include and enforce the ethical requirements featured in the statutes.

Due to the intricate nature of the revised Illinois Governmental Ethics Act and the State Officials and Employees Ethics Act, it will be necessary for me to discuss them each in greater detail in my upcoming blogs. Specifically, in my next several blogs, I will take a closer look at these new ethics laws and will explain why they are so meaningful to Illinois residents, particularly those in government positions. I will also identify the principle areas of each act that have the greatest impact on political candidates, local/state government workers, school board members and Illinois taxpayers.